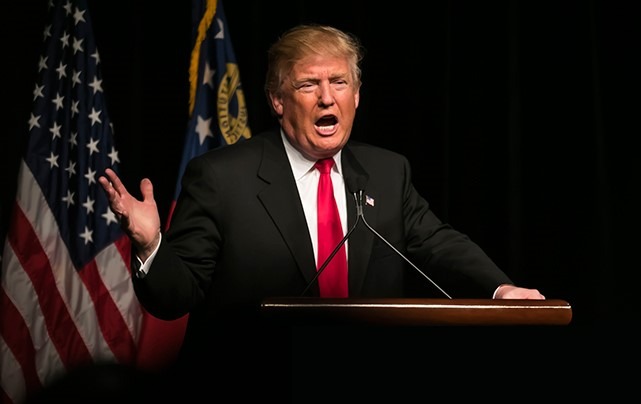 DACA and DAPA Changes in the Trump Era

One of the many topics addressed during the presidential campaign of President Donald Trump was the elimination of the Deferred Action for Childhood Arrivals (DACA), created by the Obama administration back in 2012. DACA was intended to allow young undocumented immigrants with work permits to legally reside in the United States.

Both programs aim to give legal protection to immigrant children and their families by allowing them to receive work and residence permits to carry out their lives in the United States. Those individuals are publicly called “Dreamers”, in connection to the “American Dream” and their hopes of transforming their lives for a better future.

On June 16th, 2015, shortly after announcing he was running for president, Donald Trump promised to “immediately terminate President Obama’s illegal executive order on immigration”, when elected to office.

Trump’s decision puts at risk the future of nearly 800,000 “Dreamers”, even though Congress hasn’t yet assessed the matter. DACA is aimed at young immigrants who have been raised and educated in the US and who configure a very important piece of its labor force. 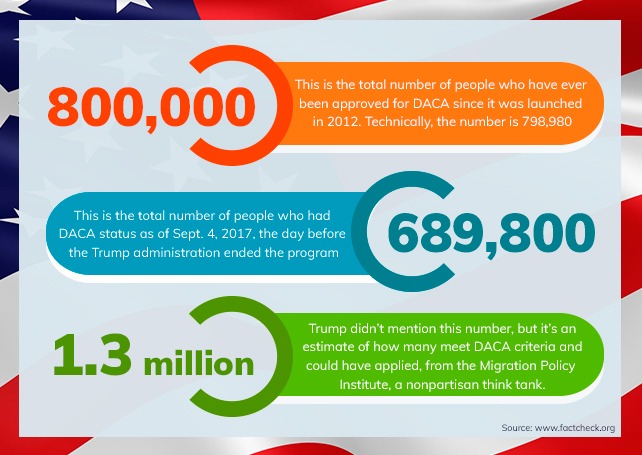 In an article published in September 2017 titled “I’m a Dreamer. I’d Have Nothing if it Weren’t for DACA”, Mexican-American citizen Ms. Guzman wrote:

"Over the past 17 years that I have lived in the U.S., I have experienced an inner battle in trying to define who I am: American or Mexican. I’ve come to determine that I am both. The beautiful thing about this country is that one’s creed, race, or religion do not prohibit one from achieving the American dream through hard work and perseverance—or so I was told growing up."

Guzman is one of many DACA recipients that were able to fulfill their dreams in the United States. “By the time DACA is phased out, I will have graduated with a double major in psychology and political science. But a repeal would leave me unable to utilize my degree”, she added.

“My diplomas, awards, and years of growing up in the public school system are negated by the fact that my birth certificate does not reflect my American identity. Deferred Action for Childhood Arrivals (DACA) for me was a way of coming up for air after having been underwater all my life in a sea of uncertainty”

2017: DACA in danger, but applications are still going through

Around the time of Ms. Guzman’s article, Trump’s administration ensured that no permits would be revoked during a six month period in order to let Congress study the matter and take a position. After a two-week recess, it is expected that Congress will start to debate the subject, although no foreseeable outcome or schedule has been communicated. 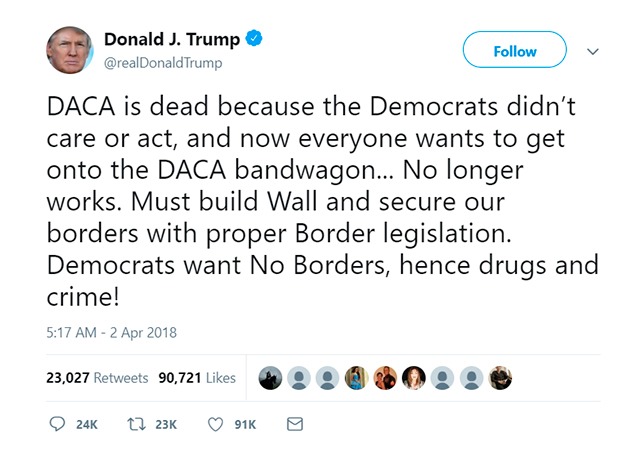 Many lives and dreams remain in limbo, waiting for politicians to decide their fates. Some state governments have begun to take action supporting Trump’s project. For instance, Arizona’s Supreme Court has denied DACA students In-State Tuition after a 7-0 ruling from its members.

Several bills have failed to get consensus in the Senate, reflecting the delicacy of the situation and the lack of a solid position between legislators and the two political parties. 60 votes are needed in order to advance. Furthermore, a project backed by Trump himself was rebuked by a 60-39 margin.

In recent developments, President Trump has declared DACA “dead” through his official Twitter account. “DACA is dead because the Democrats didn’t care or act, and now everyone wants to get onto the DACA bandwagon... No longer works. Must build Wall and secure our borders with proper Border legislation. Democrats want No Borders, hence drugs and crime!”, were his words.

Hard data confirms, nevertheless, that DACA is still very much alive as nearly 55,000 applications have been accepted by the United States in the first three months of 2018, according to a quarterly report from U.S. Citizenship and Immigration Services provided by the Justice Department in California.

Meanwhile, the latest news on the DACA situation comes from the Federal Courts. A district judge from New York blocked Trump’s administration from ending DACA the same month in which the Supreme Court rejected the President’s request for it to review the matter, bypassing an appellate court. This means that Congress will have to work overtime to finally come to a decision and resolve the matter.

The program aimed at families of DACA recipients has suffered a worse fate. The Deferred Action for Parents of Americans and Lawful Permanent Residents (DAPA) aimed to award legal protection to parents and families of the children under DACA. DAPA was reversed and ended by the Department of Homeland Security, even though its legal status had never been cleared.

"One was enjoined by the courts and the other one wasn't, so just house cleaning”, was former Homeland Security Secretary and White House Chief of Staff John Kelly’s opinion on the matter.

Trump and the DREAMERS

On the other hand, Trump’s public position on DACA has shifted towards a much softer approach month after month, which many argue was caused after realizing the need to negotiate with other political factions if he wanted to succeed with his plans. “It’s a plan that’s going to be very firm, but it’s going to be a lot of heart. And we’re going to be looking into that situation. That’s [being a DREAMER] a very tough situation, but I think they’re going to end up being very happy. We’re going to have great people coming into our country, people that love our country”, was his comment on DACA back in January 2017.

Finally, one of the options that seem to have a chance at progressing is a deal that would include support for building a wall along the United States-Mexico border in exchange for an extension of the DACA program. This was reflected by what Trump tweeted on December 29, 2017:

“The Democrats have been told, and fully understand, that there can be no DACA without the desperately needed WALL at the Southern Border and an END to the horrible Chain Migration & ridiculous Lottery System of Immigration etc. We must protect our Country at all cost!”

Nancy Pelosi, Minority Leader of the United States House of Representatives, expressed her hope back in January of a Congress agreement on DACA: “I think the opportunity is there. I do think the president sincerely would like to deal with DACA. I think ... a large number of Republicans would vote for a DACA agreement.”

Nevertheless, there’s no concrete conclusion on the horizon, as Dreamers wait for a resolution from Congress and hope no more state courts revoke their study and work permits.

If you have any questions about DACA or DAPA, please don't hesitate to contact us and schedule a confidential consultation with our team.