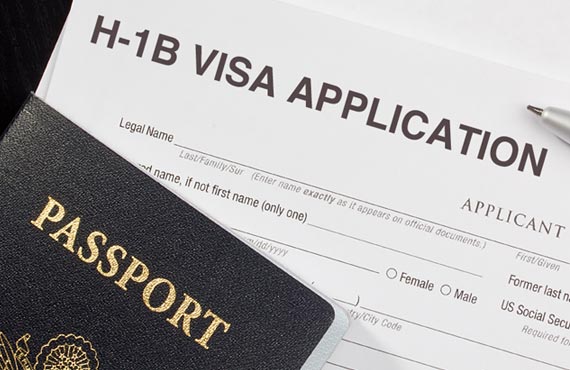 As it is now 2013, many companies can now begin planning their H-1B hires for this year. The H-1B visa allows U.S. businesses to hire foreign nationals in “specialty occupations that require theoretical or technical expertise in specialized fields, such as scientists, engineers, or computer programmers.” The company must show that the foreign worker they intend to hire has the equivalent of at least a bachelors degree in a field related to the occupation.

The H-1B visa has become an extremely popular option for businesses looking to add foreign talent to their workforce. The problem is that the United States limits the number of H-1B visas they issue to 65,000 per year, plus an additional 20,000 for workers who have a master’s degree. This is known as the H-1B cap.

Companies can first apply for the H-1B visa in April, and the worker can’t start working until October. However, last year the cap was filled up already on June 11, 2012. Therefore, you want to have your petition ready to go once April 2013 is here. Remember that before you can even file for an H-1B petition you need to get approval from the Labor Department that the salary being offered is consistent with the prevailing wage in your geographic area. This is to ensure companies are not underpaying foreign workers instead of hiring qualified U.S. workers.

While there has been some talk of the cap being enlarged or even eliminated as part of broader immigration reforms, as of now it is still the same as last year. There are many requirements that will need to be met before filing the H-1B petition. I strongly recommend that you have an experienced business immigration attorney review your situation, so that you will be able to meet the requirements in time before the cap closes. It’s never too early to start preparing for H-1B season.