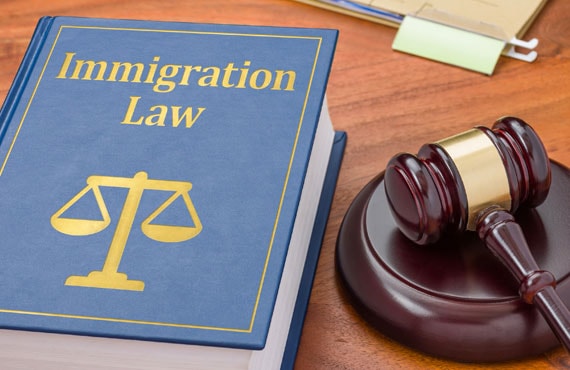 Immigration Law: How Will the H-1B Cap Premium Processing Help You?

The H-1B falls into the category of non-immigrant visas (U.S. Immigration Law). It allows U.S. employers to hire foreign workers to cover a specific need their company has. The worker would be under a temporary status, which means if they stop working with the sponsoring company, they need to file for another non-immigrant visa, find another job where they can also be sponsored, or leave the country.

USCIS announced that H-1B petitions for the Fiscal 2015 Cap will be premium processed no later than April 28, 2014. The visas will be allocated through a computerized random draw, with a maximum of 65,000 working visas to grant. The Agency expects an overflow of H-1B applications, as last year the quote filled during the first five business days.

How Does it Benefit Immigrants?

Even though H-1B is a temporary work visa, application openings represent a possibility for qualified individuals with a legitimate employment offer to legalize their status in the country. As well as a chance for new immigrants who are not yet in the U.S. territory to obtain a legal status prior to arrival.

It is extremely important that all applications are complete and that information is clear. The 65,000 cap is expected to fill quickly and any mistakes could end up in rejection or unnecessary delays. Individuals or sponsoring companies can hire immigration law experts to make sure the paperwork is done correctly.

The nature of H-1B visas requires an employer to proof the foreign worker has extraordinary skills to perform a particular job, and as the Migration Policy Institute (MPI) explains, it is neither a fast, nor a low-cost process. It can take anywhere from 3 to 8 months, and all relevant fees are paid by the employer, with the exception of the visa application fee at the National Visa Center. That being said, the historic amount of granted H-1B visas and overflowing applications indicate employers are actively seeking for a foreign qualified workforce.

The MPA also mentions that Australia, Canada, and the United States are the three major countries receiving immigrants.

Concerns about immigrants taking over American citizens’ jobs are not new. A 2011 Madeline Zavodny study shows foreign immigrants with higher education degrees have the potential to boost U.S. employment, more so in the areas of technology and science. Additionally, the temporary immigrants pay more in taxes than what they actually receive in benefits.

What if the Cap Fills?

Once the 65,000 H-1B visa cap fills, there will be no more openings before October, 2014 with the exception of non-cap applications, which are mostly related to government and non-profit organizations.

If you are in the NY area, we encourage you to contact a New York immigration lawyer to evaluate your current immigration status and visa possibilities. Remember that temporary workers under are not allowed to remain in the country once the working relationship ceases, unless they file for a new visa through a different employer. Analyze your options ahead of time to avoid inconveniences.

Visit AANTLAW.COM to learn about our services regarding immigration law and don’t hesitate to contact us for a confidential consultation. Leave a comment with your doubts and experiences as a skilled immigrant, your story could help others in a similar situation.